On Friday 7th February, we had our Key Stage 2 Times Tables Bee. It was a thrilling contest and all competitors did a fantastic job of answering not just times tables and inverse questions, but also mastery ones! In Lower Key Stage 2, bronze medals were won by Janae (Y3) and Leona (Y4); the silver medal was won by Mariam (Y4), and the Gold was won by David (Y4), who didn’t get a single question wrong all afternoon.

In Upper Key Stage 2, the bronze medal was won by Yusuf (Y6), the silver by Fummi (Y5), and the gold by Omar (Y6), who like David, also did not get a question wrong all afternoon.

We proudly attended the RE Place of Worship prize giving evening 2019 at Ranelagh Primary School.

Priyanka and Rachelle were presented with a prize for Best class runner up’s response for Key Stage 2 years 5&6, which they collected for the prayer mat that year 5 had created following their visit to the Mosque. 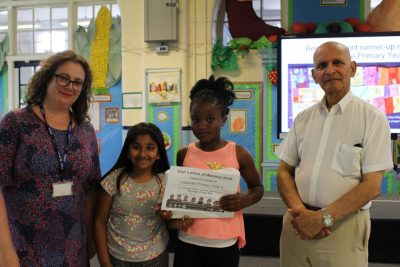 Janae and Adrian were presented with a prize for Best class response Key Stage 1, for year 2, which they won for the helping hands made from mudrock that they created, following their visit to the church. 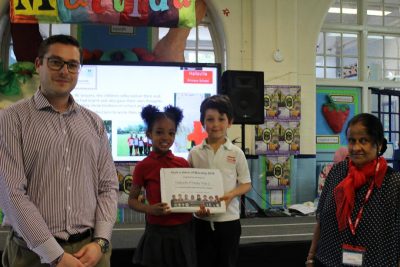 Best response (Class) in Reception for our banner following our visit to the Church and Malik in Year 6 also won Best individual runner-up response Key Stage 2 years 5&6 for his Mandela pattern, following year 6’s visit to the Buddhist Temple.

These children achieved 100% attendance for the whole term, well done! 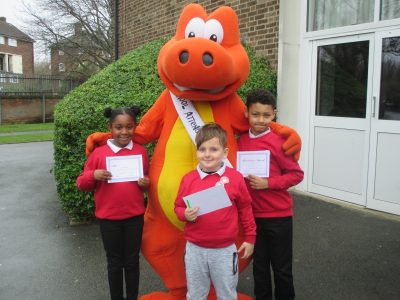 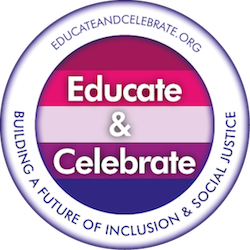