During Citizenship Week 2019 the school was a hub of activities. We were very lucky to have many visitors come in a discuss their chosen careers with us. Year 4 were particularly excited to have a scuba diving instructor/ marine conservationist talk to them.

Year 4 enjoying Culture Week, as they had a cooking workshop to celebrate Black History Month.

Year 4 went to the Guildhall and Mithraeum to look at the ruins of an amphitheatre and temple, as part of their Topic work on the Romans.

As part of our place of worship unit year 4 visited the River Church in Canning Town, where we took part in various Easter activities.

As part of Math’s Week, some of our talented mathematicians in Key Stage 2 took part in the annual Times Tables competition. This year we did things differently; the children competed in year groups to complete 60 seconds times tables challenge on Times Tables Rock stars. During the competition, each child had 60 seconds to answer as many questions which tested their times tables multiplication and division facts. 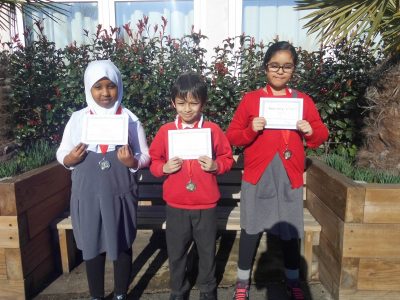 The children enjoyed dressing up as the person they would like to be in the future. There was an assortment of careers we had children that wanted to be fireman, beauticians, fashion models, scientists, judges, lawyers and doctors.

Well done to the children for being so very ambitious and a huge thank you to the parents whose continued support helps our amazing school to thrive.

Year 4 went on a educational trip to the British Museum in October for our Ancient Egyptians topic.  We saw many artifacts and learned about their beliefs and way of life. 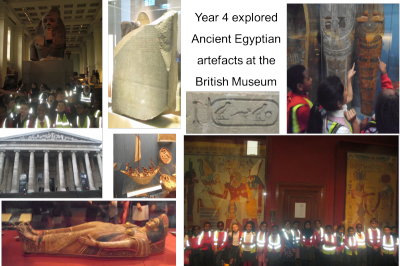 Year 4 went to St Johns Church in Stratford to learn about Easter. They enjoyed different activities from painting stained glass windows to creating Easter Gardens as they learned about why Easter is celebrated. 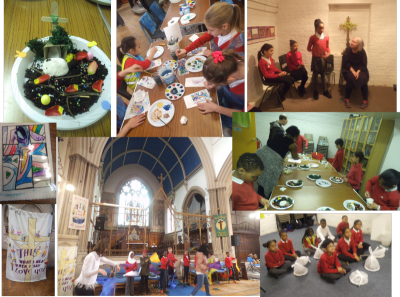 Congratulations to our Maths Bee finalists. After beating stiff opposition in a times-tables challenge in class, the four finalists competed against each other in the final. All four displayed their excellent times tables knowledge. The final result was first place Lillian, second place Ayat and third place Yusuf and fourth place Fabian. Well done to all of you.

History off the Page – Anglo Saxons

Year 4 took part in a History off the Page day where they explored what it would be like to be living as an Anglo-Saxon. They took part in several workshops, such as name painting, candle and amulet making. They were also taking part in some role play where they fought in battle against the Vikings as spear-men and archers. The children also became mini archaeologists where they were given dig boxes and were asked to classify the artifacts that they found.

In February Year 4 were learning all about a village in India called Chembakolli. We had a special visitor, who works for a charity called Action Aid.

The people that live in Chembakolli are called the Adivasi. We had so much fun learning about life in a village in India.
Did you know that the Adivasi people have to walk for miles to collect and carry water, for washing and drinking, on their heads?  We even tried some Indian tea which is called ‘Chai’.

In January Year 4 was learning about stop motion animation. They learned about storyboarding and planned their animations based on a journey tale. The children learned to use Stop Motion Animation on the iPads to take shots of small movements which when played together would make a short motion picture. The children used modelling clay to create characters and cardboard to paint settings in preparation for their stop motion recording.

Earlier in the Year, the Year 4’s had an amazing creative writing day, we read the book Journey by Aaron Becker. We drew pictures of characters and settings, explored vocabulary and dramatized ideas to create our own fantastic stories about a journey. We created a class writing book in our best presentation which we keep displayed in our book corner to share with any visitors. 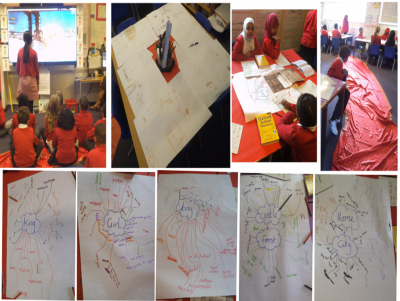 In Year 4 we have been learning about London landmarks in our literacy lessons and geography lessons. The children have made fantastic models, art and poetry of different London landmarks for their curiosity projects. The effort that the children, parents and carers have put into these projects is amazing and shows their love of learning.

As part of their London as a city unit, Year 4 visited Tower Bridge where they also sketched the landmark using different techniques to create different textures. Yr 4 also explored how the bridge functions and they discovered more about our city through the ages. 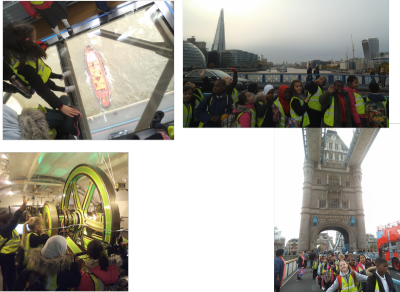 During Science week, we had a visit from some very special friends from the farm. We had the opportunity to stroke the different animals. Our favourites were the three little new born piglets that shied away from us. During Science week we also took part in some interesting investigations, in Year 4 we made slime and spaghetti towers. 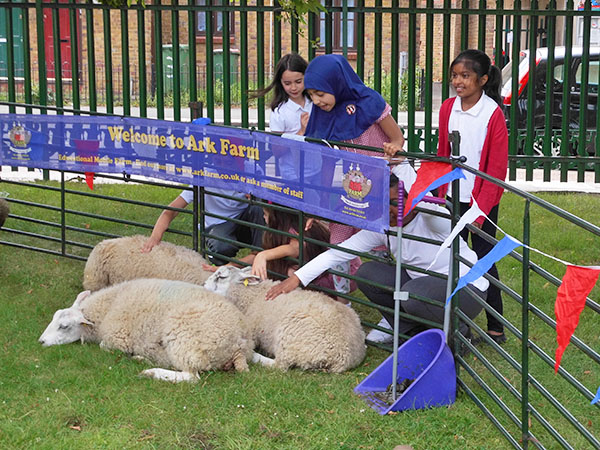 Mr Roach organised for us to have an amazing PE week which included wheelchair basketball, boxercise and the KS2 sports day. 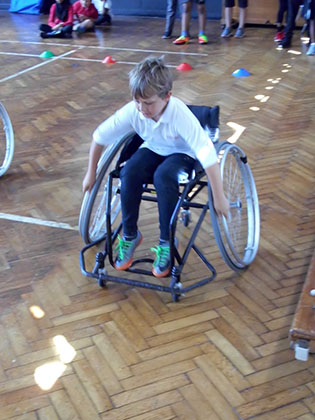 We visited the Natural History Museum to look at the collection of living things; we identified the different predators and preys to create food chains. We also visited their wildlife garden to identify the different habitats and organisms we could find. We took part in a workshop were we looked at teeth of different animals skulls and classified if they were a carnivore, herbivore or omnivore. We also had to guess their diets by looking at the type of teeth the animal had. Also, we were one of the first schools to view the new blue whale skeleton in the main gallery of the museum. 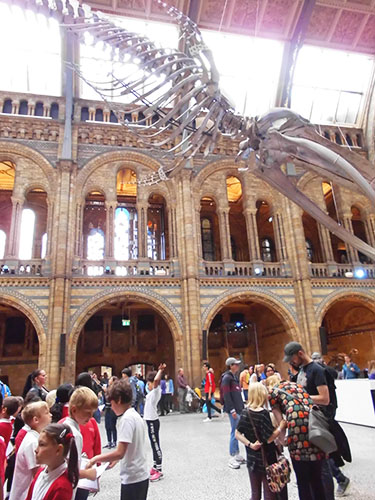 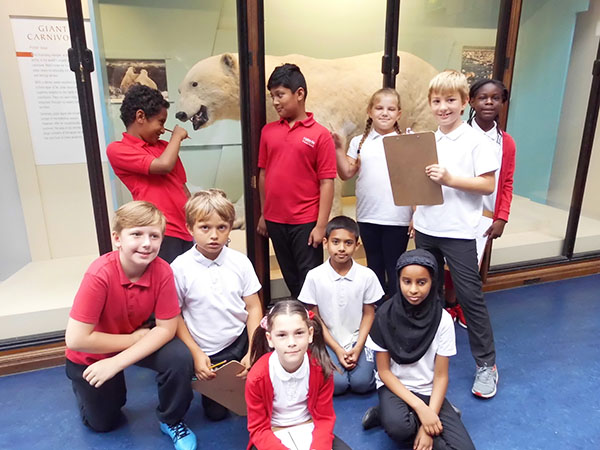 On Monday we had a very special tea party, everyone in the school enjoyed sandwiches, cakes and juice as celebrated the arrival of the royal family (year 5 children dressed up as the royal family). During Culture Week, our topic was the Caribbean Islands; we created powerpoint slides related to the different islands and took part in a Steel Pans workshop! We brought in food to share with everyone and dressed up in traditional clothing. Mr Jordan visited us and shared stories of growing up in in the Caribbean. 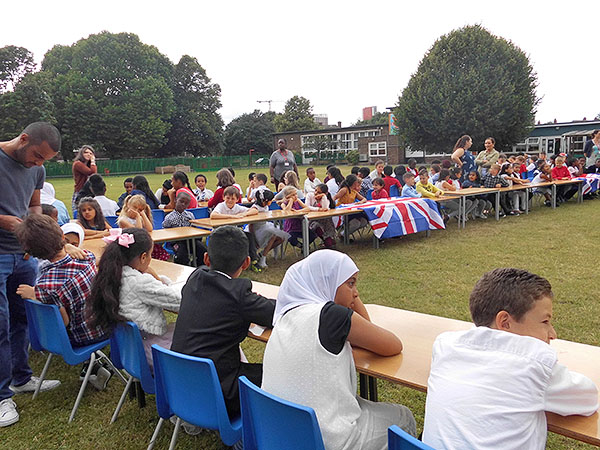 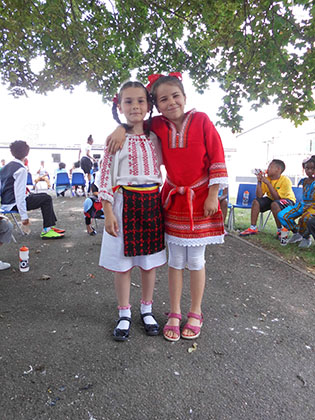 We had an Iron Man workshop in the KS2 hall, in our Literacy lesson we re-wrote the opening chapter of the Iron Man. We dramtised parts of the story in the workshop. As well as this, we made a class Iron Man, using just our bodies. Each group were responsible for a different part of the Iron Man. It was particularly fun for us to move together as a class, representing the Iron Man’s body. 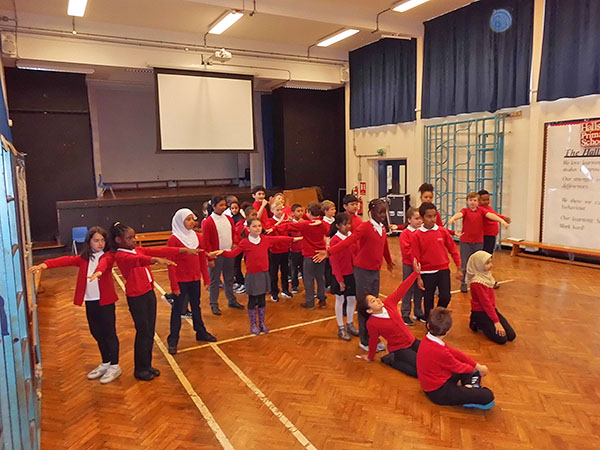 Ms England organised for a very special visitor in our RE lesson, she introduced us to a Hindu visitor, who told us the traditions of a Hindu wedding. We even got the chance to wear the outfits and take art in a wedding ceremony.

For our Art Chairs topic we visited the Geffrye Museum, we had the opportunity to look at chairs throughout the times since the 16th Century and how they have changed. We also sat in the museum garden and used water colour paints to paint beautiful flowers.

An artist called Tim came into school to help us make willow chairs. We enjoyed working together as a team to construct our chairs. They are displayed in the KS2 corridor.

History off the Page – Vikings

Year 4 took part in a History off the Page day where they explored what it would be like to be living as a Viking. 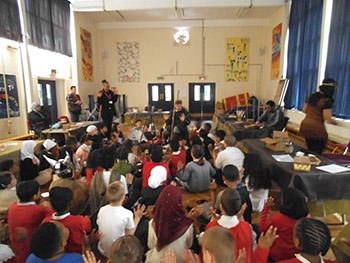 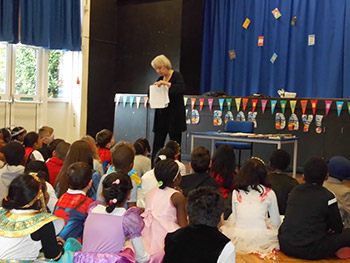 Year 4 have been learning all about a village in India called Chembakolli. We had a special visitor, who works for a charity called Action Aid.

The people that live in Chembakolli are called the Adivasi. We had so much fun learning about life in a village in India. Did you know that the children in Chembakolli earn money in school by sewing?
Did you know that the Adivasi people have to walk for miles to collect and carry water, for washing and drinking, on their heads?  We even tried some Indian tea which is called ‘Chai’. 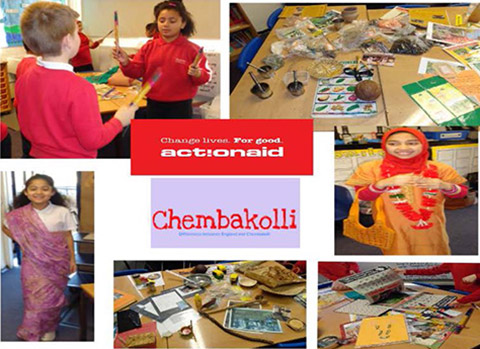 During maths week, our parents were invited into our classrooms to take part in out Maths No Problem lesson. We had such a great turn out of parents in year 4. They helped us with finding equivalent fractions in class.

The Problem Solving Company worked with children in Year 4 .

We had the opportunity to work in  teams to solve maths problems in the KS2 hall. We had to lego building structures using our memories.

Hallsville is part of Agate Momentum Trust, which is a charitable company limited by guarantee and registered in England and Wales with registered number 11077761. Its registered office is at Hallsville Primary School, Radland Road, Canning Town, E16 1LN.
We use "cookie" files to help us to make your experience of using this website better. If you continue to use the site and do not change your settings, we will assume that you are happy to receive all cookies on this website. To find out more, see our cookie policy.